On both ends of the twentieth century Vulcan’s letterhead stated that it manufactured “Machinery for Public Improvements.” Although the pile driving equipment certainly fell into that category, it wasn’t the only product line meant for consumption by the public sector.  That included many of its custom products, including the bridge gears it produced for many bascule bridges in Chicago and other areas.  That also included the manhole covers, or more formally designated “Curbs and Covers: Manhole and Catch Basin.”

These items appeared in Vulcan’s general catalogues in the 1910’s and 1920’s.  Eventually when these gave way to the product bulletins of the late 1920’s and beyond, Vulcan produced one for the manhole covers, its Bulletin 20, issued in 1942 (cover shown here, bulletin can be downloaded here.) 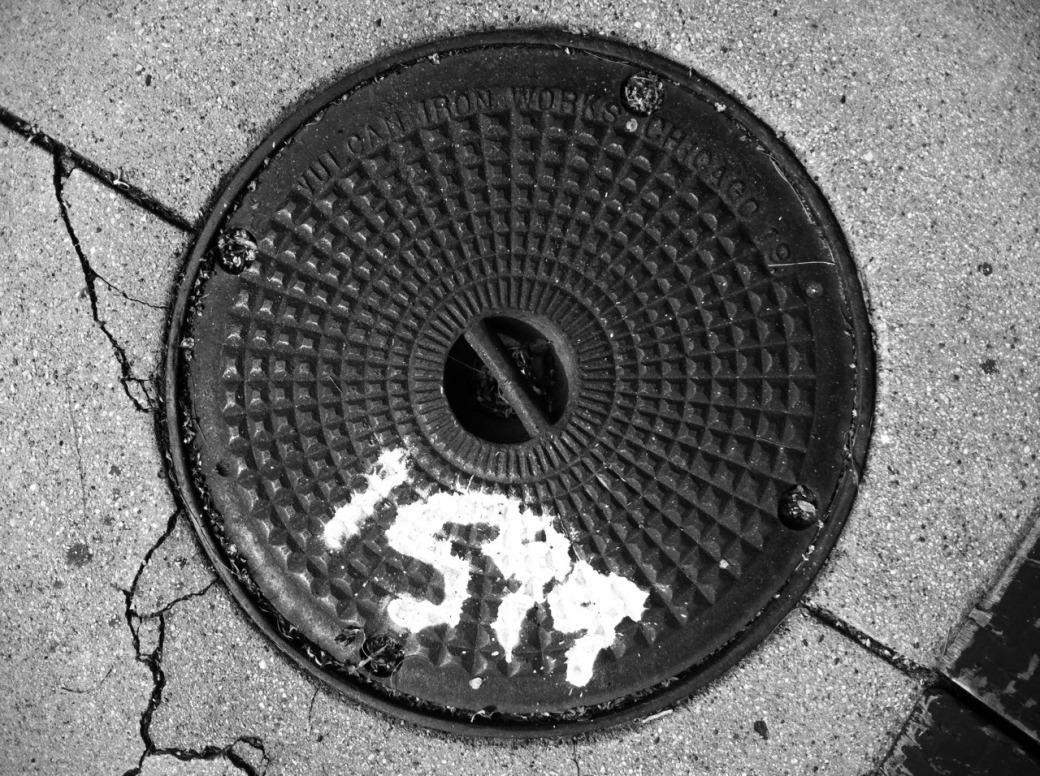 The key to this business was having your own foundry, and Vulcan’s went away in the late 1940’s.  Around that time the manhole covers went out of Vulcan’s offerings.  Unfortunately it took a long time for the word to get around, and Vulcan continued to get calls about these for the duration of the company’s operation.  Part of the problem was that there was (and is) more than one “Vulcan Iron Works.”  Vulcan was the god of the forge in Roman mythology; it was a common name for heavy manufacturing in the nineteenth century, an age of iron, steel and classical learning. At least one additional Vulcan Iron Works produced manhole covers, something that added meaning to the word “discovery” at litigation time.

Probably the vast majority of the manhole covers produced by the Vulcan Iron Works discussed by this web site are gone from their proper place.  (One that didn’t is at the top of the page.)  Had Vulcan been swum with the tide more than it did, it probably would have outsourced the manhole covers abroad.  But it didn’t, leaving one part of its product line well in its wake.

2 thoughts on “About Those Manhole Covers…”