This series of hammers, an outgrowth of the 020 and 030 hammers, had a complicated history, as its development alternated between onshore and offshore configurations and applications.  Because of this they have proven versatile hammers applicable in both fields.

The first of the series was the 530, which was first developed and sold in 1978-9 to Teledyne Movible Offshore and Santa Fe Engineering.  It was an offshore hammer, with the male jaws and larger (22″) ram point.  The 530 could be equipped with either 54″ jaws (for 48″ piling) or 80″ jaws (for 72″ piling.)  Offshore and onshore specifications are below. 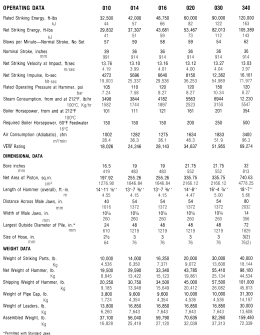 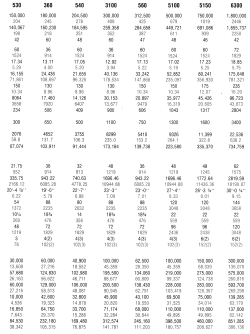 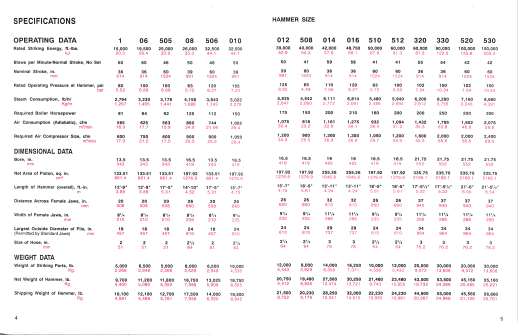 Some general arrangements are below.  The onshore 530 was never built. 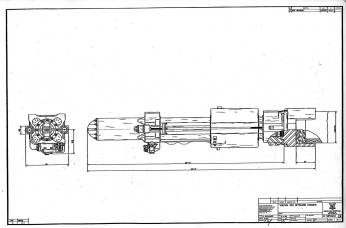 Vulcan 530 offshore hammer shown with concrete pile cap configuration. This was the hammer that Hyundai chose to drive the piles for the Penang Bridge project in Malaysia in the 1980’s. 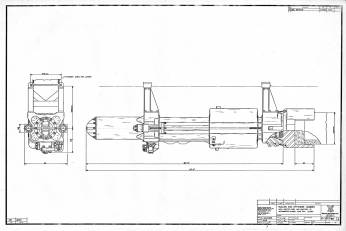 A Vulcan hammer configured to run in front of the leaders. This hammer was configured for Hyundai Industries during their construction of the Penang Bridge in Malaysia during the 1980’s.

The 520 was strictly an onshore hammer, although it could be configured as an offshore one. The first one was sold in 1984 to Jensen and Reynolds Construction Company.  Specifications are above and general arrangements are below. 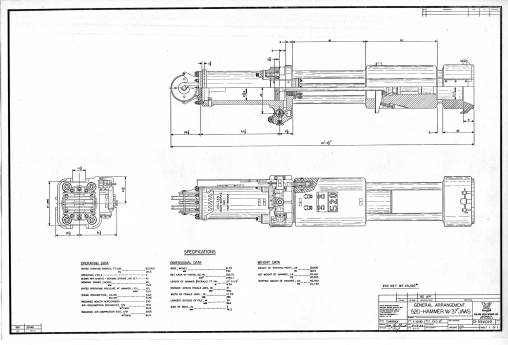 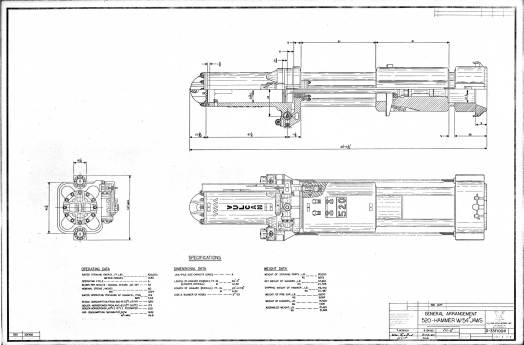 The 535 was the last in the series to be developed.  It was an offshore hammer but its one and only application (in 1994) was to drive concrete cylinder piles onshore.  On the job, equipment difficulties were manageable by themselves but became disastrous to both the contractor and Vulcan due to mandated overdriving of the hammer. General arrangements and specifications are below. 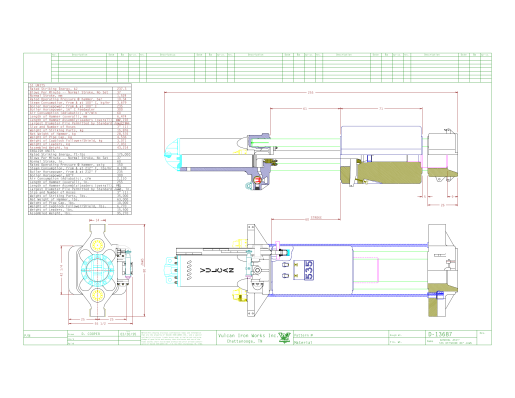 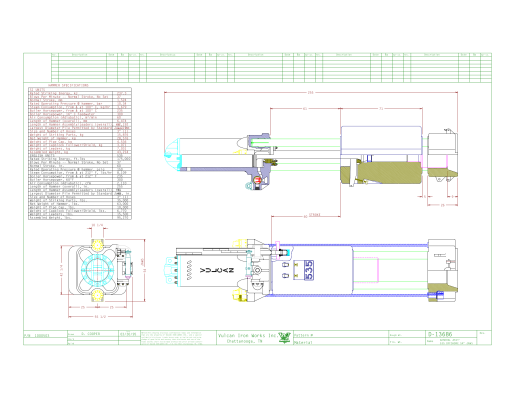 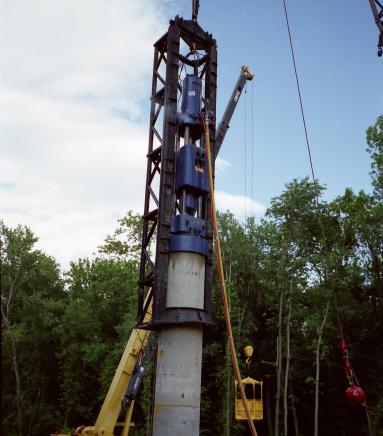 The pile is nearly down to the desired elevation due to the blows of the impact hammer. 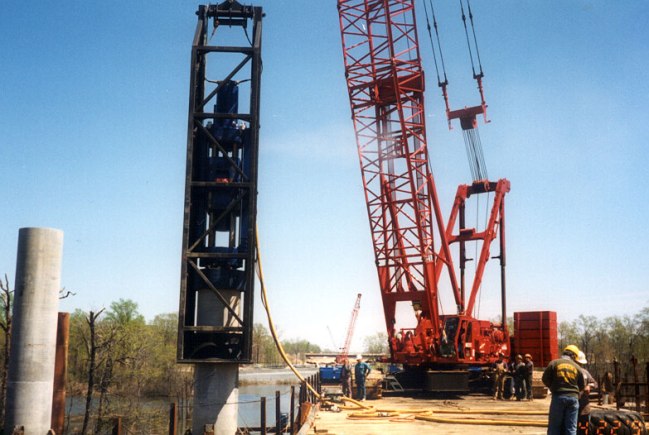 One thought on “Vulcan 520, 530 and 535 Hammers: Specifications and Information”