The 506 was Vulcan’s answer to contractors who were looking for a lighter air hammer to compete with the diesel hammers.  First introduced in 1984, it fulfilled that purpose, albeit without some changes along the way (heavier duty base and eventually Vari-Cycle II.)  It was successful with both steel and concrete piles, although its higher impact velocity proved more difficult on the hammer than the “heavy weight/low striking velocity” characteristics of the 3′ and 3.25′ stroke hammers. 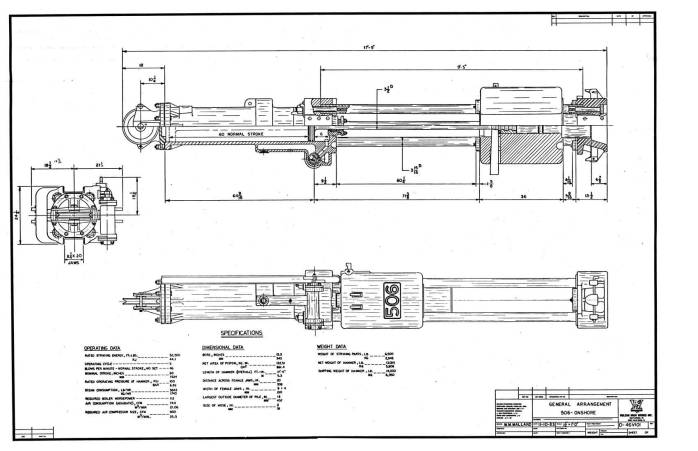 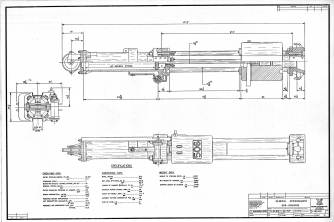 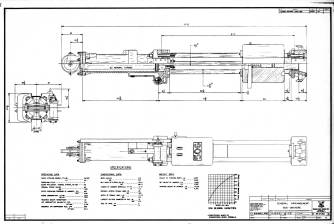 The 505 was similar in concept to the 506 but used a lighter ram.  Its specifications are with the 506’s above and its general arrangement is below.

2 thoughts on “Vulcan 505 and 506: Specifications and Information”