Like its Warrington-Vulcan counterpart, the #1, the 50C was a popular hammer and, along with the 80C, comprised a large block of Vulcan’s production of these hammers.  Specifications are below. 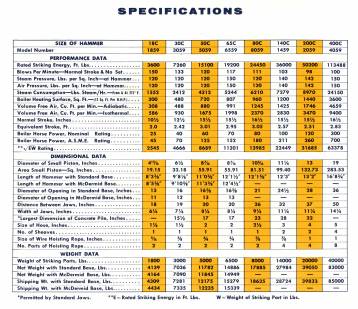 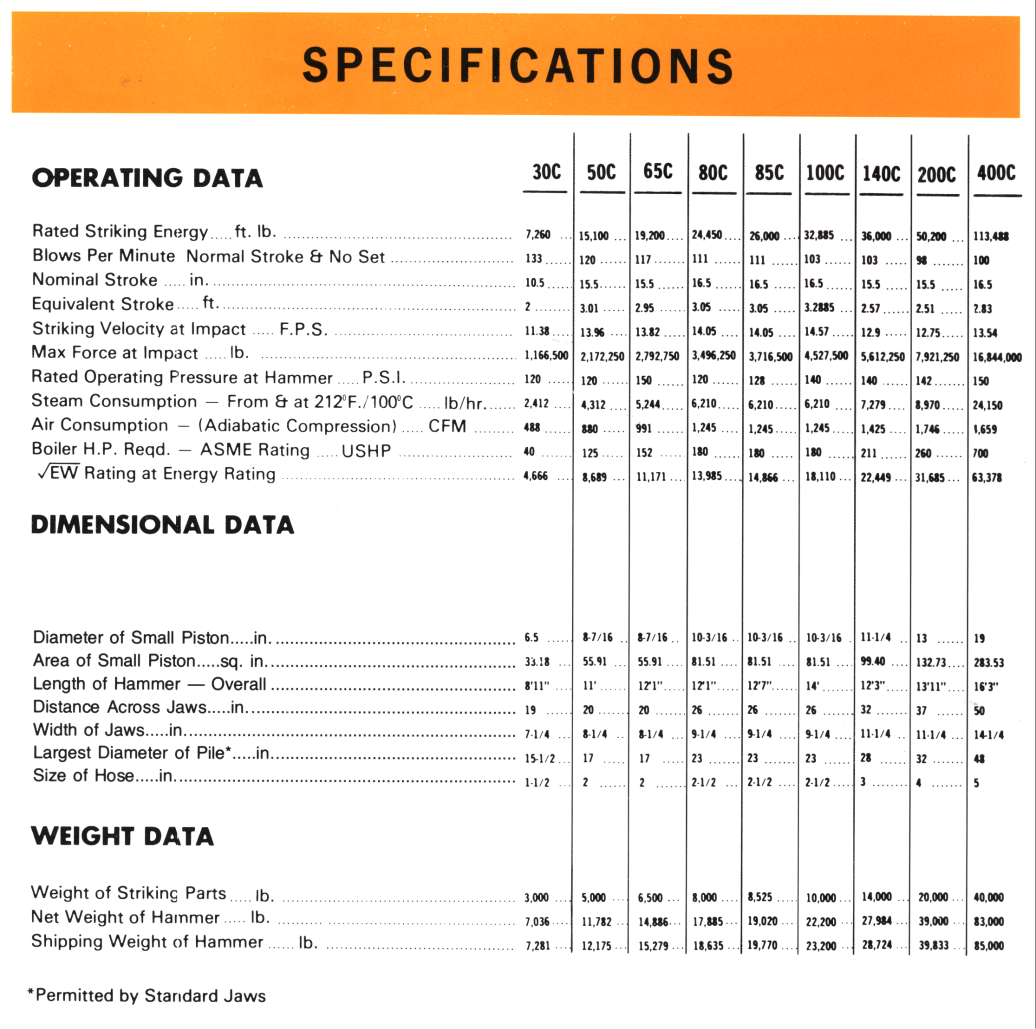 Some general arrangements are below.  Note that the hammer in the image above sports a bar-type head while these have a sheave-type head; this is explained here.

A special variant of the 50C (and other Super-Vulcan hammers) is the Sand Drain hammer; the concept behind this is explained here.

Some photos are below.

Vulcan 50C hammer, installing sheet piling, Chicago, 1974. Note the yellow Decelflo muffler on top of the hammer; this was one of the first uses of the exhaust muffler.

Vulcan 50C driving piles on a batter using swinging leaders, Hudson, OH. Swinging leaders are usually used to drive plumb piles, but in this case the leaders are stabbed in the ground so that the whole assembly can be leaned back. It’s done but requires considerable skill on the part of the contractor.

Vulcan 50C, driving sheet piling. Vulcan hammers weren’t known to be sheet pile specialists but, as these photos show, they got the job done anyway. As was the case before, an “offshore” type leader was used, where a stub leader was hung from a crane and lowered with the hammer. This is good when the pile is supported at the ground, either by a template or in this case other sheet piles. 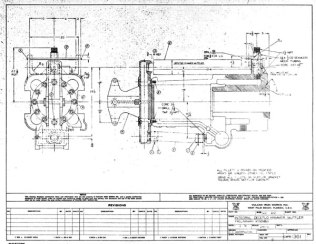 A concept for the muffler: mount it directly on the back of the hammer, using a bracket integral to the hammer. A special cylinder head would transmit the air from the exhaust to the muffler. Unfortunately the Decelflo program didn’t get far enough for Vulcan to try this concept.