The 010 is one of Vulcan’s more popular hammers.  For many years it was the largest Warrington-Vulcan hammer in the line until the 012.  It was an upgrade from the 0R hammer, raising the ram weight from 9,300 lbs. to 10,000 lbs.  Another general arrangement of the 010 with the steam belt are shown below. 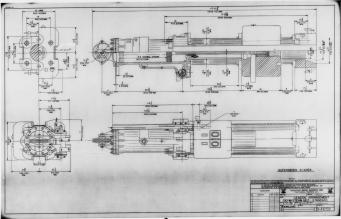 One interesting variant of the 010 is the so-called “front loader.”  An attempt to get away from the steam belt (and the manufacturing difficulties that went with it) it placed the air inlet right at the valve chest.  Although this made sense from several standpoints, it placed the inlet too close to the ram for many contractors, and so was not pursued.  Some of those hammers are shown below. 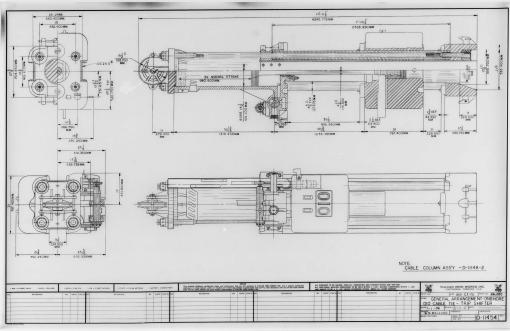 An important front loader is the 010 with cables to the bottom of the cylinder, as opposed to those to the head.  These cables had the “button” type lower fitting.  This cable configuration became the standard for the Warrington-Vulcan hammers in the 1980’s.

Specifications for the onshore 010 are shown below. 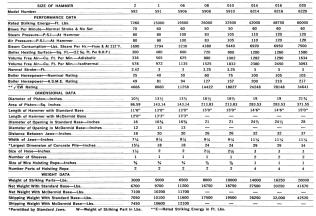 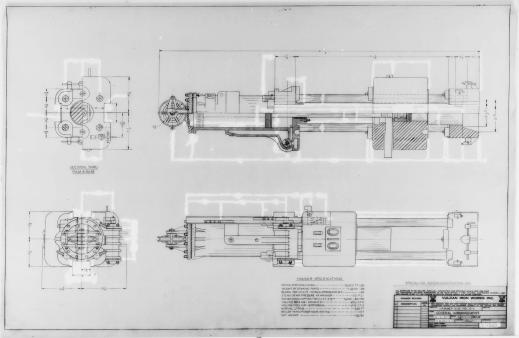 Vulcan 010 hammer, produced for the offshore contractor Ingram Construction in 1967.

It remained for Fluor to purchase in 1970 the first “true” offshore 010 hammer with the male jaws and outside cables.  That 010 also has the distinction of being Vulcan’s smallest offshore hammer.  By that time it was too small for virtually any offshore work.  Below is a general arrangement and the specifications for this hammer.

Like the 06, the 010 has two ram configurations: the short (steel) ram and the long (iron) ram.  The latter was also adapted to the 510. Below are two general arrangements for the 010 with the long ram and cables, which was the final configuration Vulcan produced. 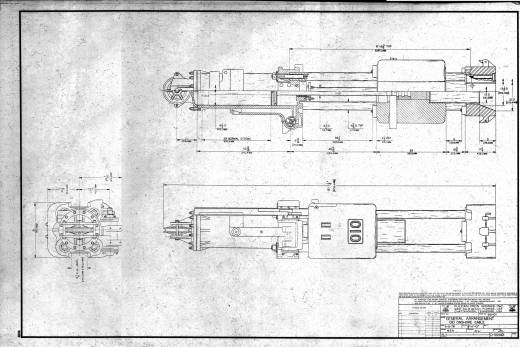 Here are some photos of the 010 in action.